Interested in some great summer reading? WiDo Publishing has a few advance review copies of print books soon to be or just barely published. These are also available as ebook ARCs if you prefer.

Let me know in the comments which ones you'd like and your email address. There is no obligation, only the hope that you will enjoy the book and post a review on its Amazon and/or Goodreads site. 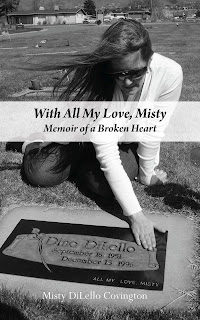 With All My Love, Misty: Memoir of a Broken Heart by Misty DiLello Covington

He comes from a dysfunctional home where the brothers were involved with violence and drug use. She comes from a supportive, loving family environment. Both are Mormons. Both served missions for their church.

She works in a drug rehab facility as a counselor. He comes to the facility on a court-ordered drug rehab program. It is where they meet: Dino DiLello, the charismatic and natural leader, too often on the wrong side of the law and Misty Squire, the pretty blonde social worker eighteen years his junior, who has a firm commitment to doing what’s right.

Dino and Misty are drawn together in a powerful love that surprises them both. They marry and face a bright and hopeful future. Dino has left his lawless past behind him. Or has he? The night that changes everything brings up troubling questions.

As Misty comes to terms with her worst fears, she must also decide at what cost to pursue the truth behind that night. And somehow she must learn to live with a grief that seems to break her heart beyond all healing. 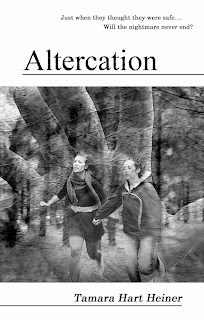 
In this sequel to Heiner’s debut novel, Perilous, the FBI promises Jacinta Rivera and her friends that they are safe. Jaci wants desperately to believe them but weeks of hiding from their kidnapper, alias "The Hand", have left her wary. Hidden from the public eye in an FBI safe house, Jaci must reconcile both her father's mysterious disappearance and the murder of her best friend.

A betrayal lands Jaci back in the grasp of The Hand, shattering her ability to trust, and leaving her to wonder if she will ever piece together her broken life. 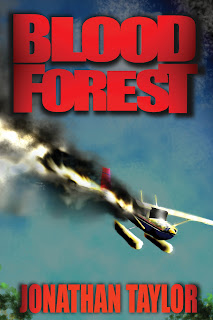 
“This forest has a pulse.
It beats in my chest.
I can see it in the eyes of the beasts.
Together, we move to this rhythm.
It calls to us. It calls for blood.”

Two Americans, Samantha and Brandon, are conducting an aerial survey of central Africa, when they are shot down by hostile militia in a dense region of the Congo. Completely lost and with soldiers after them, they are desperate to find civilization. But something is not right with the forest.

The animals behave suspiciously -- aggressively -- and some unknown presence shadows the couple's progress, entering their dreams and toying with their very thoughts. They soon discover that they aren’t the only ones trapped here. Another party is risking the dangers of the jungle, seeking a rare flower with vast medical potential.

They must all work together to survive.  But the Blood Forest keeps them all trapped, with a secret that is more complex and sinister than any of them realize. 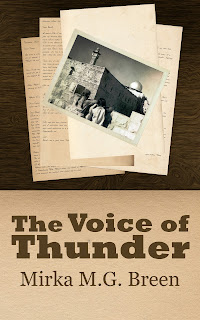 West Jerusalem, early June 1967, the eve of war. Ten-year-old Mira Levi and her best friend Gili Moser share an awful secret. They have discovered a new radio station called The Voice of Thunder from Cairo. Broadcasting in accented Hebrew, it threatens the demise of their country, their city, and their families. As the menace beats the drums of war, on June 5th the danger becomes all too real.

Mira finds her own voice as she struggles to drown the distant terror of The Voice of Thunder. In these first two weeks of June, not only are Mira and Gili's lives changed forever, but history will never be the same. 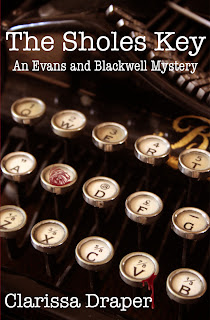 All across London, single mothers are vanishing. Margaret Hill, mother of two, walked out of her house two months before, never seen again. A month later, Carrie-Anne Morgans takes her two-year-old son for a walk in the park and disappears, leaving him alone in his stroller. Lorna McCauley leaves her London flat in the early hours of the morning to buy medicine for her sick child and does not return.

Newly promoted Detective Inspector Theophilus Blackwell is assigned the case of Lorna McCauley, which on the outside seems to be a simple case of mid-life crisis and child abandonment. Elsewhere in London, MI5 analyst, Sophia Evans, is working undercover to catch an animal rights group responsible for targeted bombings. As Sophia's case (and her personal life) fall to pieces, she receives a strange envelope in the mail. It contains a picture of Lorna McCauley's lifeless face along with a daunting code.

Now the police and MI5 are forced to work together to stop the murders, and Sophia must find her way into the terrifying mind of a serial killer.

Dizzy with choices? These are all fabulous books, and print ARCs are the best!! (available only while quantities last) For the latest information about these titles, along with their author blog links, see the WiDo website and Facebook page.
Posted by Karen Jones Gowen at 3:32 AM