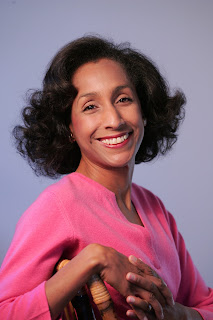 Maria McKenzie is the author of the Amazon bestseller The Governor’s Sons. Her newest release is Escape: Book One of the Unchained Trilogy, a family saga. Maria’s books are available at Amazon.
She is currently at work on Masquerade: Book II of The Unchained Trilogy.  Look for it in late 2012.  Maria lives in Cincinnati with her husband and two boys.  Before becoming a small business owner and author, Maria worked in Georgia and North Carolina as a librarian for several years.

She attended Wittenberg University and received a bachelor’s degree in English, and later graduated from Atlanta University with a master’s in Library Science.

Maria  reads historical romance, romantic suspense, thrillers, true crime and biographies.  As a foodie, she likes to cook and bake, as long as the recipes aren’t too time consuming, so she’ll have more time to write and more time to read!  Maria loves old movies, history, museums and antiquing. She’s also into fitness and enjoys running.  As long as she’s not listening to an audio book, she comes up with story ideas during her morning runs.

My favorite part of fiction writing is dialogue. It serves many purposes, and much can be revealed about a character through his thoughts, actions and especially by what he says or doesn't say. Each word a character speaks (or that is spoken about him) clues the reader into his identity.

I love old movies and Casablanca is one of my all time favorites! William Bayer, in his book The Great Movies, classifies it as one of the 60 greatest motion pictures of all time. Bayer says it is one of the few adventure films where the adventure takes place indoors. There are no fights or outdoor adventures. "There are, instead, adventures of verbal jousting, of dialogue and innuendo, and they are dominated, in fact ruled, by a supreme adventurer, Rick."

What makes us know Rick is an adventurer is his dialogue. Bayer outlines several snatches of it that reveal glimpses into Rick's character:

His Sex Life in Casablanca:
As seen with a girl in a brief exchange. She asks, "Where were you last night?"
Rick: "That's so long ago I don't remember."
Girl: "Will I see you tonight?"
Rick: "I never make plans so far in advance."

His Bitterness:
When he accuses Ilsa of having had other lovers, he says, "Were there others in between? Or aren't you the kind that kisses and tells?"

His Urbanity:
"What is your nationality?" Major Strasser asks.
"I'm a drunkard," says Rick.

His Mystique:
Captain Renault explains to Ilsa: "Rick is the kind of man that if I were a woman, I would be in love with Rick."

Besides revealing insight into your characters, dialogue moves your story along by providing important information. That's why the lines are there in the first place, and that's what keeps the reader reading!

If you haven't seen Casablanca, it’s worth renting!

What's some of the best dialogue you've seen or read lately?
Posted by Karen Jones Gowen at 3:00 AM