L is for Local Color Writing

LOCAL COLOR WRITING is a term applied to writing that exploits the speech, dress, mannerisms, habits of thought, and topography peculiar to a certain region, primarily for the portrayal of the life of a geographical setting. About 1880 this interest became dominant in American literature. Bret Harte, Mark Twain and Joaquin Miller wrote of the West; Joel Chandler Harris of the South; Sarah Orne Jewett and Mary E. Wilkins Freeman of New England.

LOCAL COLOR WRITING was marked by dialect, eccentric characters and sentimentalized pathos or whimsical humor. It lacked the basic seriousness of true realism and was content to be entertainingly informative about the surface of specific regions. It emphasized verisimilitude of detail without being much concerned about truth to the larger aspects of life. The bulk of the work done in the movement was in the sketch and the short story, although Mark Twain captured the genre perfectly in his novels The Adventures of Tom Sawyer and The Adventures of Huckleberry Finn especially. 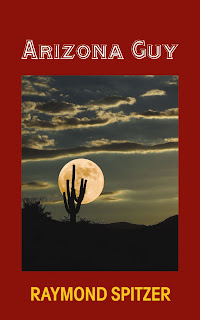 It is helpful to modern writers to understand earlier movements and genres, so that some of the particular flavor of these can enter the work and add to its originality. Now we call LOCAL COLOR WRITING more accurately regional novels. WiDo Publishing has recently released two regional novels that use the local color concepts to add to the interest and originality of the stories: Mississippi Cotton by Paul H. Yarbrough and Arizona Guy by Raymond Spitzer. It is the LOCAL COLOR WRITING that adds to the charm of these two regional mysteries. 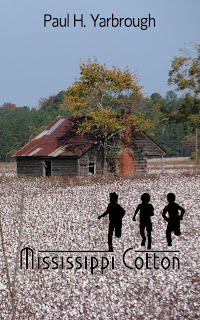 (This post has been inspired by and in some instances, directly quoted from A Handbook to Literature, 8th Edition, by William Harmon and C. Hugh Holman)
Posted by Karen Jones Gowen at 6:04 AM

Email ThisBlogThis!Share to TwitterShare to FacebookShare to Pinterest
Labels: A Handbook to Literature, local color writing