Today I am two places at once. Here interviewing Elliot Grace, to kick off his blog tour-- and I'm over at Jennifer Lane's blog being interviewed by her. Because I am awesome at multi-tasking!


Since this blog deals mainly with writing, editing and publishing issues, I asked Elliot about his process of getting South of Charm published. 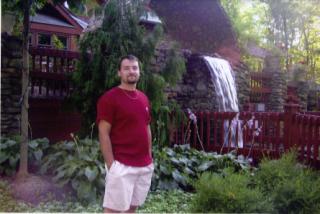 Elliot, How did you happen to write South of Charm?

-I'd certainly prefer to respond with a distinguished answer, something to the effect of dreaming up the entire story one evening while basking under an expiring sunset along Siesta Key, the skies ablaze with color as the wheels in my head start churning out words by the dozen.  "South of Charm" was actually inspired from a series of childhood events.  I added to my notes over the years, created a few interesting characters, dramatized things a bit, and thought perhaps it could someday make for an enjoyable story.  The project collected dust for a while as other stories took precedence.  But "Charm" was persistent, never allowing itself too much distance from my thoughts.  Eventually I committed to the project, and three years later had a decent manuscript that I felt was ready to share with potential suitors.

How did you find your publisher?

Following the usual gauntlet of rejections, I found myself at a local book fair, conversing with one of several featured writers on display, when by chance, I met up with David Wiesenberg, an editor representing Wooster Books Publishing.  Upon his request, I pitched to him my idea, basically just the highlights off the top of my head.  A few days later he sent me an email, this time requesting a full read.  Several weeks later I was signed.
What was the editing process like?

The editing process became an exhaustive commitment lasting nearly a year and a half, with David, ever the perfectionist, leading me in the right direction, while never overstepping his authority.  The hands on approach of an indie publisher played out just as I'd read on many websites and tutorials.  A personable staff who were always available to lend advice, be it a major conflict with the cover design, or simply an ear to lend to a writer's concern's.
"South of Charm" was released in May, and while making a fighting effort at keeping pace with the big shots of the publishing industry, has done well locally.  Enough so, that I'm considering a return to Wooster Books for the second release, whenever that day may come ;)

From South of Charm by Elliot Grace:

...we're huddled in the far corner of my bedroom.  Arms wrapped around our knees in the dark.  The approaching footsteps grow louder.  Ominous thuds.  Our mother-but somehow not.  She's standing outside my door.  We listen to the creak of hinges.  My sister clenches my arm.
"She's coming," she whispers.  "She's broken."

Elliot, I am honored that I got to kick off your blog tour, and thrilled that you answered all my nosy questions. I wish you every success for South of Charm!
EEl

Posted by Karen Jones Gowen at 4:54 AM