Life in Guatemala A to Z: Quetzal

The quetzal is the national bird of Guatemala, so colorful and beautiful! They are found in forests and woodlands, especially in humid highlands. I've not yet seen one, but then I haven't been looking either. But aren't they beautiful?? 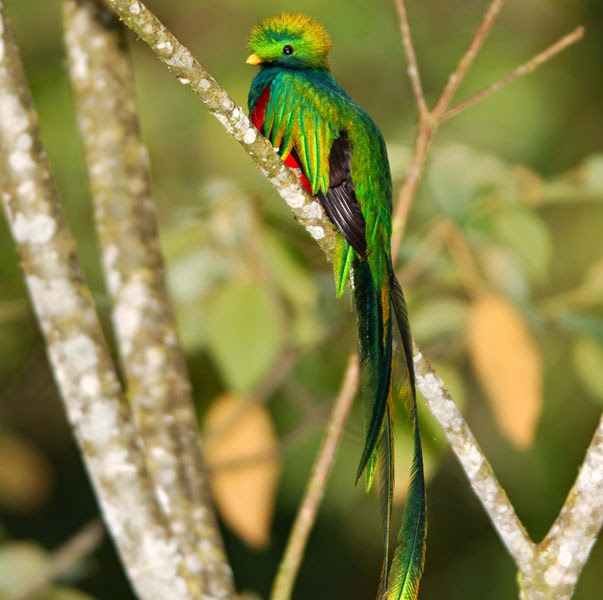 The quetzal bird is so important to the country, they also named their national currency after it. One quetzal is worth 100 centavos. In American dollars, the ratio is about 7.50 to one, or one American dollar gets you 7 - 8 quetzales.

Bottom line, our dollars go pretty far if we are careful, and Americans can live fairly well in Guatemala for a whole lot less. I'm still not over the thrill of taking $350 out of the ATM for my U.S. bank account and seeing it come out in well over Q2000.

So even though the Quetzal bird is pretty, I'm more excited about the Quetzales I carry around in my bag for shopping. Call me shallow but after years of living frugally and trying to make ends meet in the States, it's rather nice to have a little extra cash in Guatemala.
Posted by Karen Jones Gowen at 3:30 AM