There is music in the streets of Panajachel, especially during holidays like Christmas and Easter. Marching bands from the local schools will perform several times a week. Leading up to Christmas there were ma parties for the public with music on loud speakers. 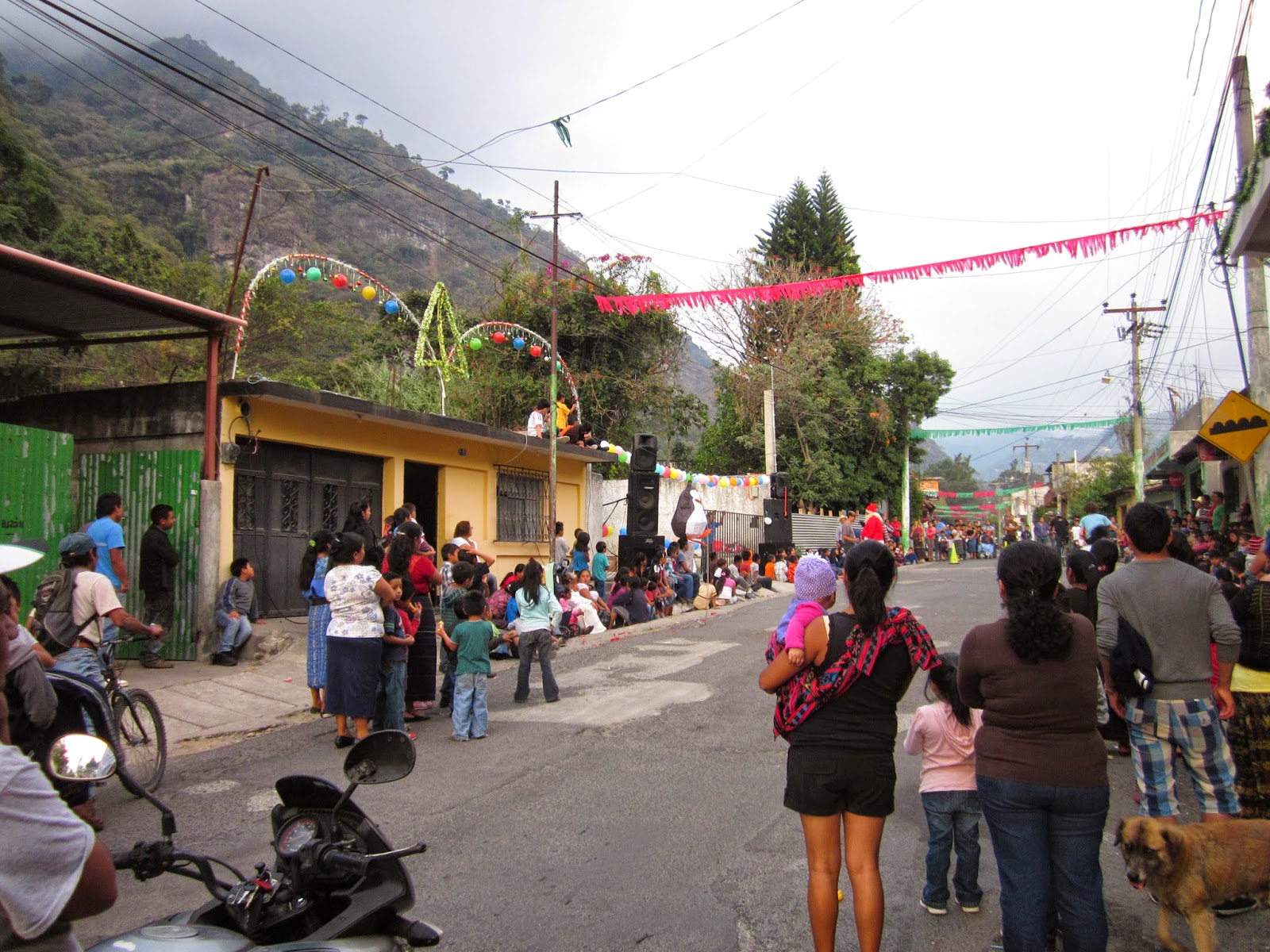 There is always music on the chicken buses, broadcast over the radio 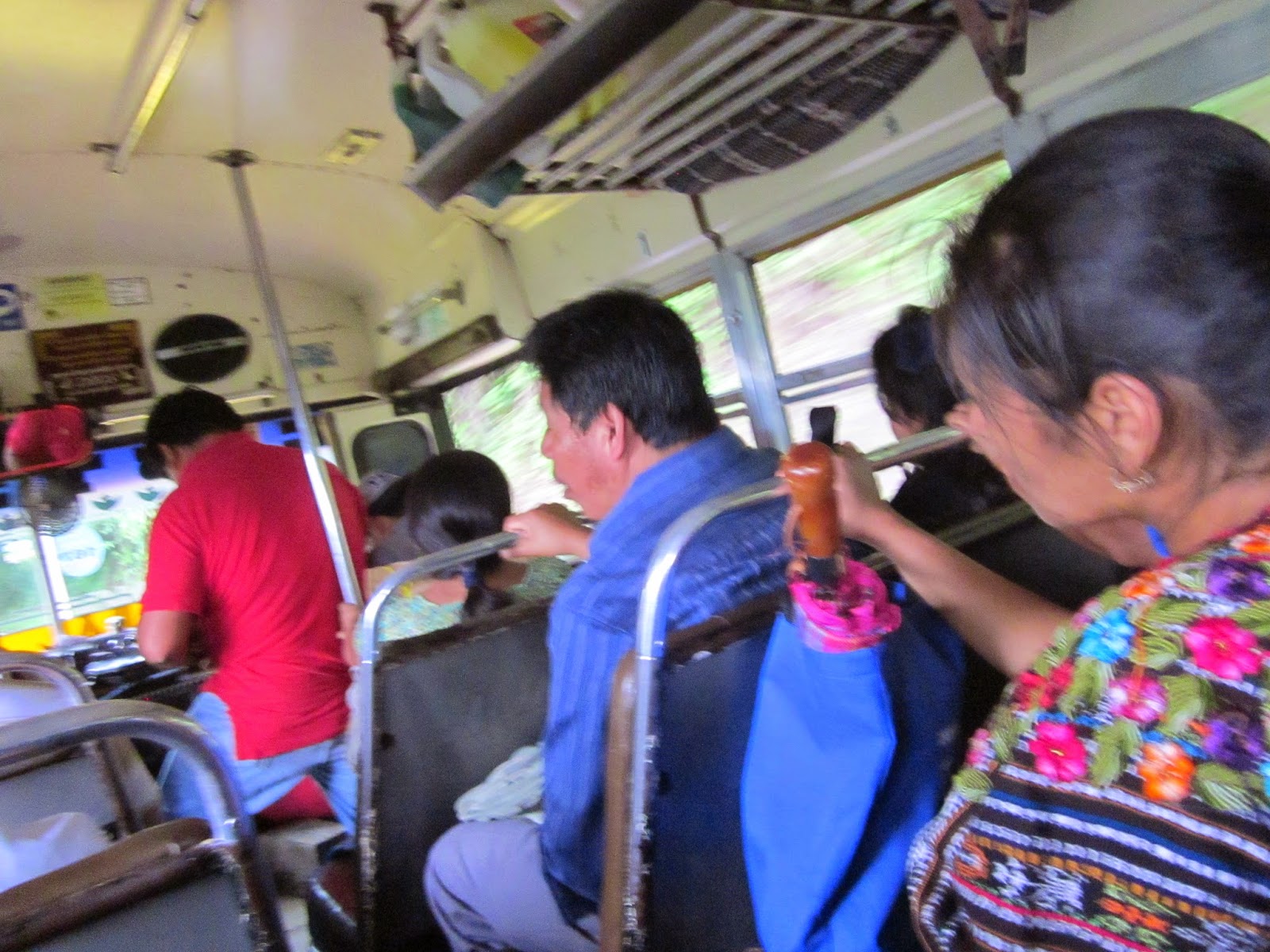 One can enjoy live music at night in the restaurants, or random groups that set up right in the street. Most of the music though is coming out of giant loudspeakers set up outside of stores or stalls, to attract customers or celebrate holidays.

We just finished Semana Santa, or Holy Week, the week leading up to Easter, and the town was filled with people and music. These beautiful designs were made on the main street, followed later by the processional on Good Friday. 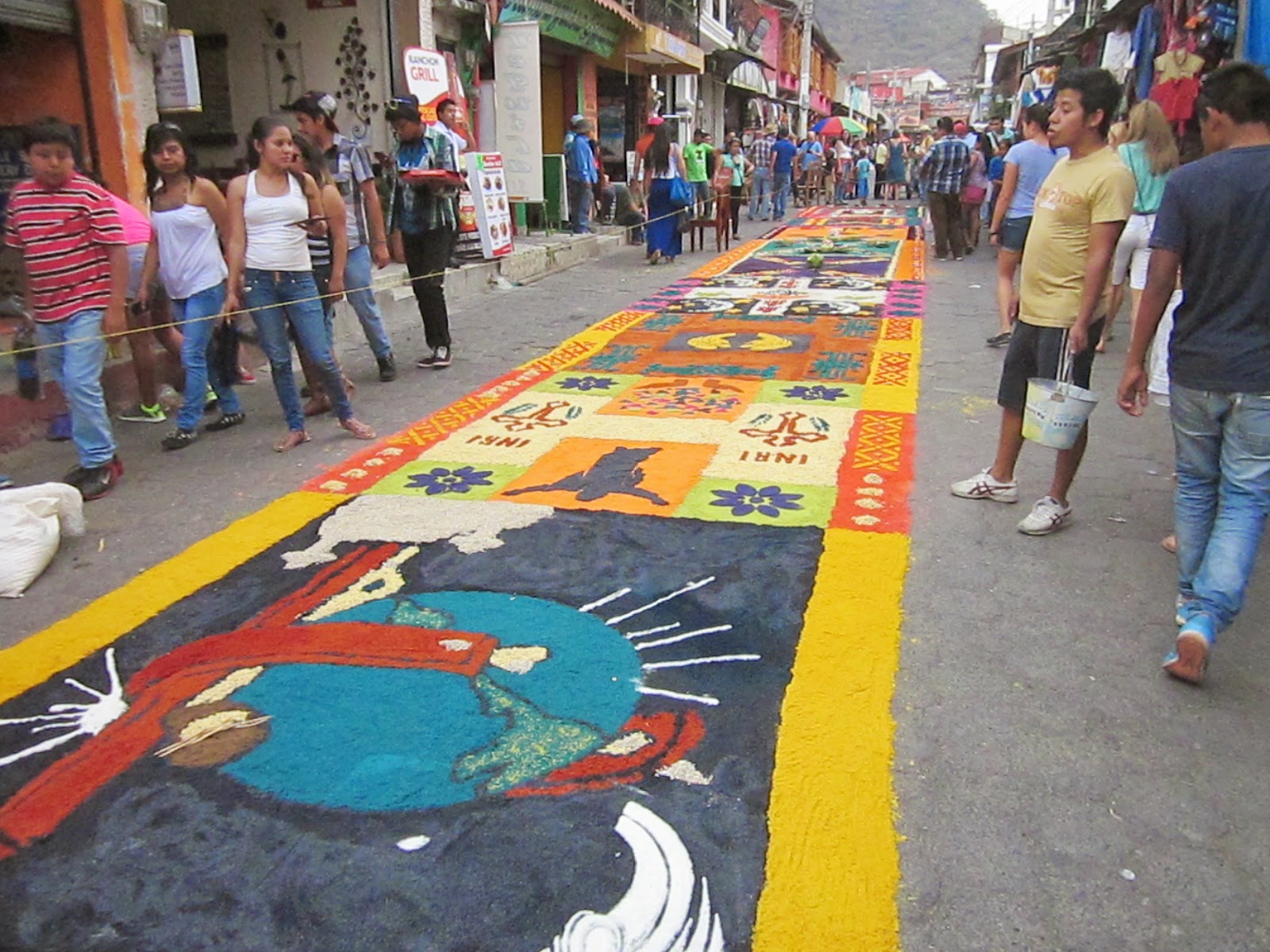 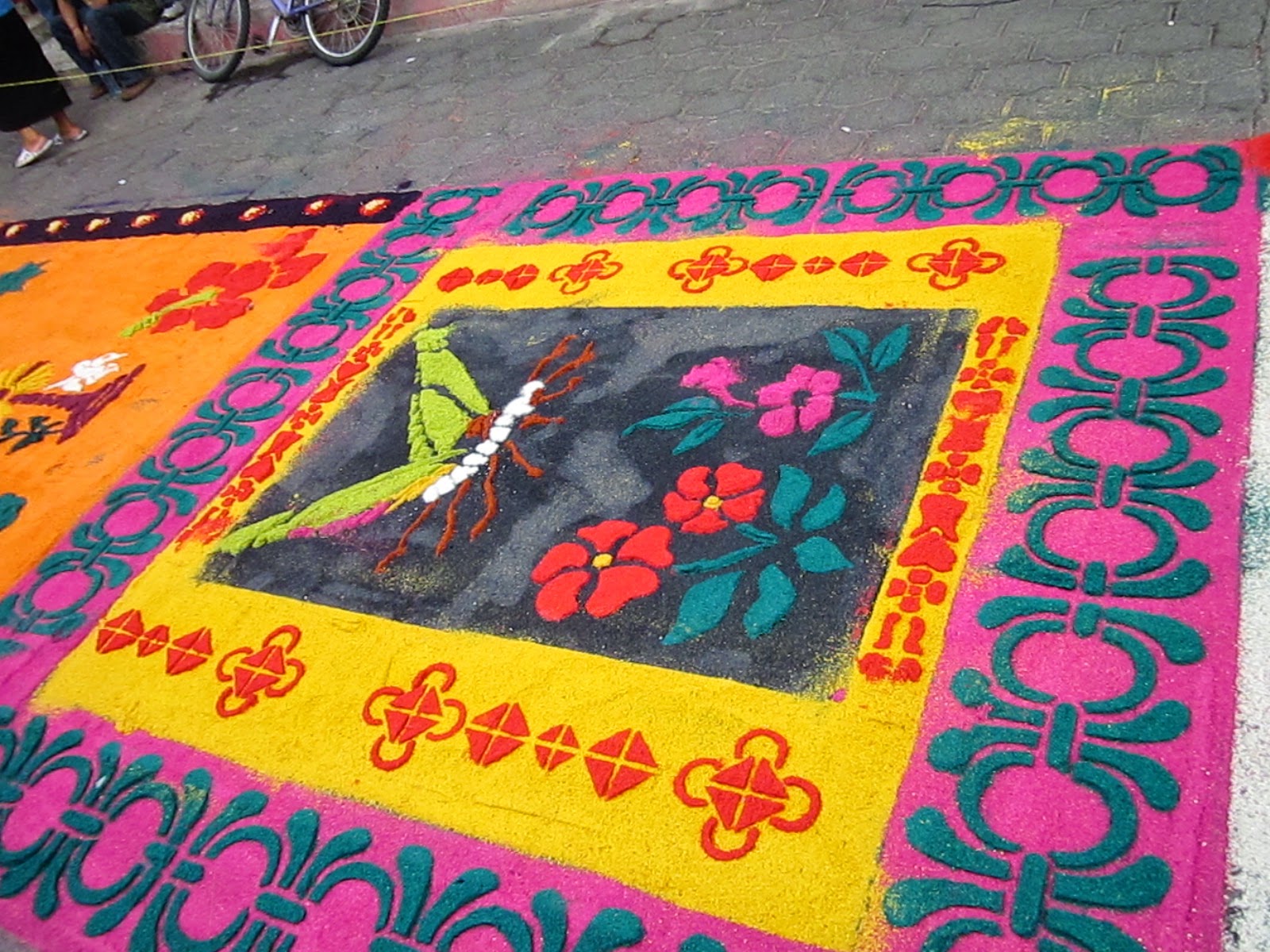 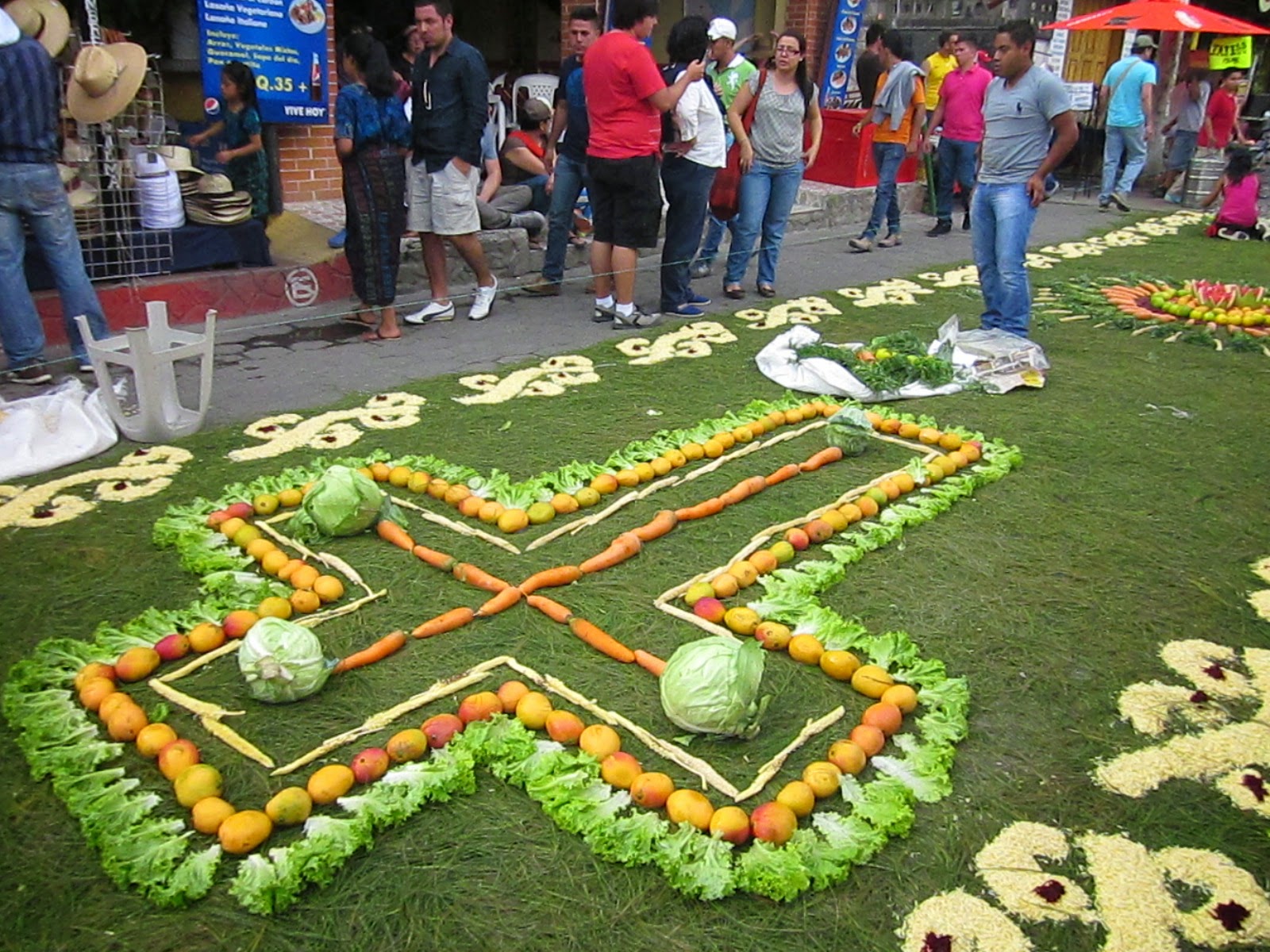 
Music, music everywhere! Do you hear the beat?
Posted by Karen Jones Gowen at 4:30 AM